Following the success of previous years, The Gothic Manchester Festival was stitched up and re-animated again in October 2016. We returned this year with a theme close to our fast-beating Mancunian hearts: “The Gothic North.”

Whilst early gothic novels looked frequently to the lascivious Catholic south for its characters, settings and thematics, the ancient, hostile and frequently grim spectre of ‘the north’ has haunted the gothic mode since Frankenstein’s monster fled across the ice floes of the northern polar regions and Emily Bronte’s lovers walked the moors after death. The gothic north is a place and a state of mind, a source of horror and the locale of untrammelled passions, a place beyond, a site of contestation, a dream.

The fourth Gothic Manchester festival featured the annual Twisted Tales event: this time around we welcomed Manchester Met alumni Andrew Michael Hurley to speak about his award winning debut novel The Loney. Our annual symposium explored all aspects of The Gothic North, including the ancient north, being and becoming northern, and it’s queer up the gothic north, and we ended the day with a screening of Ben Wheatley’s dark comedy Sightseers. We had two different ghostly walking tours of Manchester to look forward to before the festival closed with our annual Gothic Manchester pub quiz, which focused this year on the topic of Horrible and Ghostly (mostly) Manchester Histories.

Our diverse and rich programme explored the Gothic North in all its dimensions and with a wide range of free events every year the festival is sure to promise something for you.

Check out our storify for the fourth Gothic Manchester festival to catch up on all the action. 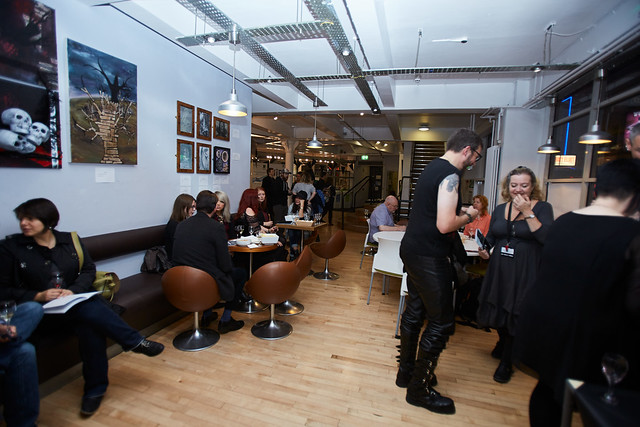