In March 2008, the Writing School at Manchester Metropolitan University launched The Manchester Poetry Prize – a major new international literary competition celebrating excellence in creative writing. By the closing date of 1st August, the competition had attracted more than 1,000 entries (almost 4,700 poems) from over 30 countries.

Judges Gillian Clarke, Imtiaz Dharker and Carol Ann Duffy were delighted with the overall range and quality of the submissions, and say that the competition was “a joy to judge”. They short-listed six finalists, and the winners were announced at a gala prize-giving ceremony held at the Royal Northern College of Music in Manchester on Thursday 16th October 2008

This event officially opened the 2008 Manchester Literature Festival, and featured readings from all three judges and each of the six finalists before the prizes – £10,000 and a bursary for study were awarded.

Slough-based Saunders, a university professor, and Coe, a former welder and electronics engineer from Liverpool , impressed with their contrasting but brilliant styles to jointly receive the inaugural award – the second largest in British poetry.

Judges Carol Ann Duffy, Imtiaz Dharker and Gillian Clarke read a selection of their work before announcing the winners.

Carol Ann, Professor of Poetry at Manchester Met, praised the quality of the 1,137 entries from 30 countries saying: "This is a wonderful prize. We adored some of the poetry submitted.". Gillian Clarke, the National Poet for Wales, said it was a "delight to give money to poets". Six shortlisted finalists – Mike Barlow, Mandy Coe, Allison McVety, Helen Mort, Rosie Shepperd and Lesley Saunders read from their work, but it was Coe and Saunders who took the plaudits. Dr Alf Louvre, of the Department of English, who conceived the annual event, said: "The idea is to stage prizes for fiction and poetry in alternate years to attract the best writers from the UK and internationally, as well as developing the city’s own literary culture."

The winner of the 2008 Manchester Writing Competition Fiction Prize were revealed at the Manchester Literature Festival ceremony. To view all the photos click the left and right arrows on the photo below or view the album on Flickr. 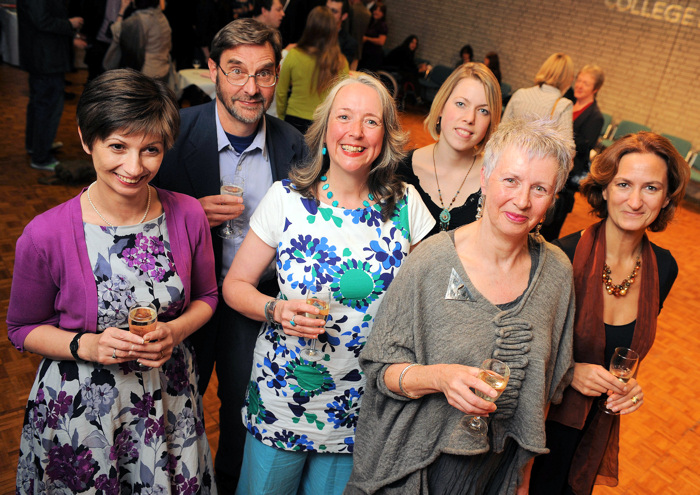