The 2009 Manchester Fiction Prize has been awarded to eclectic English novelist Toby Litt.

The 41-year-old scooped the £10,000 prize, awarded by The Manchester Writing School at MMU, at a ceremony at Manchester Town Hall on Friday 23rd October 2009.

Judges Sarah Hall, M. John Harrison and Nicholas Royle were thrilled by the scope and quality of submissions, and say that judging the competition was “exciting and ultimately very rewarding.” They have short-listed six finalists, and the winners were announced at a gala prize-giving ceremony at Manchester Town Hall on Friday 23rd October 2009.

This event formed part of the 2009 Manchester Literature Festival, and featured readings from all three judges and each of the six finalists before the prizes – £10,000 and a bursary for study at Manchester Met were awarded.

The winner of the 2009 Manchester Writing Competition Fiction Prize were revealed at the Manchester Literature Festival ceremony. To view all the photos click the left and right arrows on the photo below or view the album on Flickr. 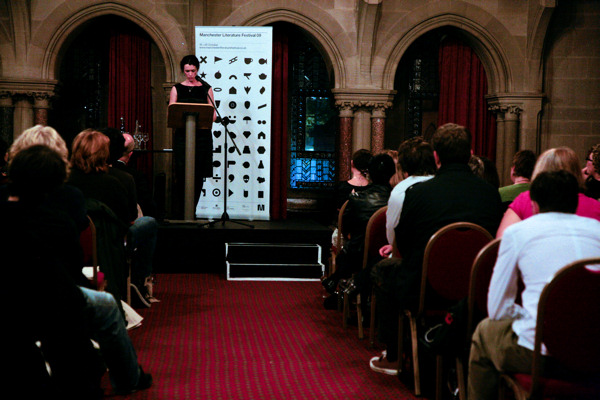