The winner of the Manchester Writing School's third Manchester Poetry Prize was announced at a gala ceremony on Friday 19th October 2012.

Anthony Rowland from South Manchester took the £10,000 first prize, announced at the event which took place at Chetham's School of Music as part of the 2012 Manchester Literature Festival.

1,500 entries were received, each submitting a portfolio of three-to-five new poems, totalling no more than 120 lines in length. The judges – guest poets Ian Duhig and Frances Leviston completed the panel – were delighted with the overall standard.

Chair of Judges Adam O'Riordan, who is Lecturer in Creative Writing at Manchester Metropolitan University, said: "The judging process went remarkably smoothly considering the high number and the quality of the entrants. A feature of our final judges meeting was that we read aloud to each other all the portfolios we were interested in, which really did illustrate the strengths of the best writers. I asked my fellow judges if they had any comments on the judging process; they would recommend to everybody submitting their poetry for competitions that they also read their work aloud before sending it in – this process exposes flaws in poems that may be hidden to the mind's ear. We're very proud of our shortlist. It contains a lot of staggeringly-good poets and we hope this is a boost to all their careers and not just that of the winner, well-deserved though we believe our decision was in that respect."

Rowland was joined at the event by fellow finalists Fiona Benson from Exeter, Jane McKie from Scotland, Abigail Parry from London, Chris Preddle from Holmfirth and Emily Wills from Gloucestershire, who each read an extract from their short-listed portfolio of poems.

O'Riordan conveyed the thoughts of fellow judge Frances Leviston in saying: "In the end the selection of the winner felt very clear and natural and unanimous. We admired the dynamic intense musicality of the winning poems, the poet's evident relish for the vocabulary they were employing, how well the tone was controlled, and the ease with which the poems moved between the contemporary and the historical."

Established by Manchester Writing School Creative Director, Poet Laureate Carol Ann Duffy in 2008, the Manchester Writing Competition celebrates the very best creative writing and acts as a launch pad for new writers. Previous short-listed writers have gone on to win other awards, appear at reading events and have their work published. Profits from the competition have enabled MMU to stage creative events and activities across the city. Event host James Draper – Manager of the Manchester Writing School and Academic Enterprise Lead for the Department of English – said: "It is important in the current financial climate that we turn towards commercial activities and adopt corporate modes in order to make ends meet in the face of funding cuts and an anticipated dip in student numbers, but it's also extremely important that we maintain intellectual and artistic integrity – and projects like this do both, combining income generation with the seeking out and celebrating of excellent new creative work."

The winners of the 2012 Manchester Writing Competition Poetry and Fiction Prizes were revealed at the Manchester Literature Festival ceremony. To view all the photos click the left and right arrows on the photo below or view the album on Flickr. 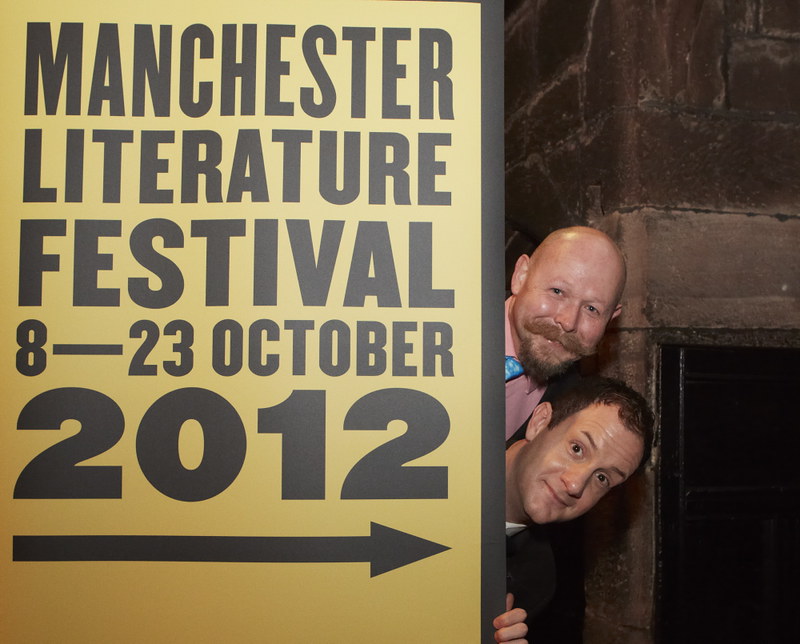