October 2013 saw the launch of Manchester’s Centre for Gothic Studies – the first of its kind in England.

There were readings from Gothic writers, a ghost hunt at haunted Ordsall Hall, a tour of Monstrous Manchester, a zombie-themed pub-quiz, tours of architectural hotspots like the John Rylands library and the Town Hall, a lamp-lit walk through the Gothic highlights of the Manchester Art Gallery, creative writing workshops, a double-bill of horror at Cornerhouse and a series of academic papers and symposia. Manchester is teeming with gothic architecture, goth bands, gothic events and gothic experts, and has even been the setting of horror films such as The Living Dead at Manchester Morgue (Jorge Grau, 1974). Gothic Manchester capitalised on these myriad cultural influences by bringing together a series of events dedicated to turning the city into a hub of gothic activity. 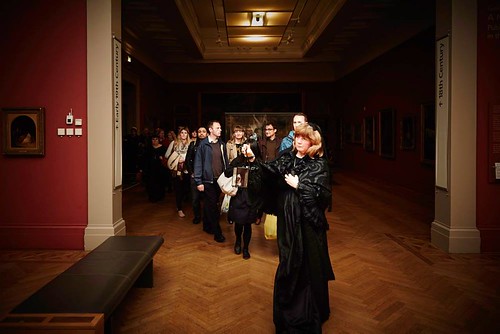